Beijing and Moscow signed a contract to supply China with hundreds of billions of dollars worth of Russian natural gas.  Gazprom told Russian media that the two sides had signed a contract worth a total of $400 billion over its 30-year life.  Russian news agencies said the contract called for supplies of 38 billion cubic meters of gas a year, which would imply a price of about $350 per thousand cubic meters, at the low end of what Gazprom currently charges export clients. 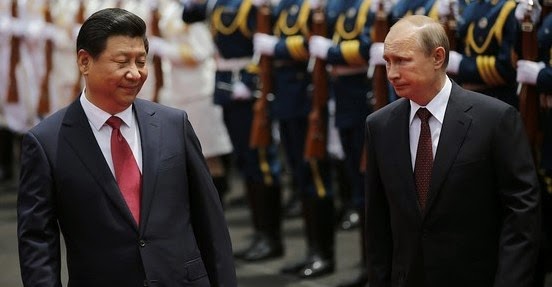 
China National Petroleum Corp. (CNPC) said Gazprom would be responsible for developing natural gas supplies in eastern Siberia, while CNPC would develop transport and storage facilities within China's borders.  (WSJ, 5/21/2014)
Posted by Norris McDonald at 6:37 AM